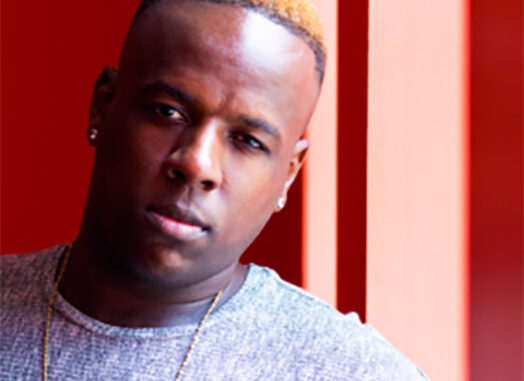 Choreographer Tommie-Waheed Evans will be featured in October in the new Philadelphia Dance Projects online series.

Evans will discuss his new choreographic project HOME. Evans describes HOME, as “a meta-narrative choreographic work that is centered on liberation and about being black and brown, openly becoming, being visible, and being included through a complex and socially charged spectrum of gender.”

The work, currently in development, is being created for his company, Waheed Works to premiere through PDP in the spring of 2021. His dance practice is grounded in African-American culture, history, traditions, and spirituality. He says of this work that it “aspires to transform the ways in which we experience and understand the world. “

In the PDP Informance, audiences will get a peek into a live rehearsal in progress and view other rehearsal videos of new material the company has been working on before the pandemic.

Tommie-Waheed Evans is a recipient of the 2019 Princess Grace Honoraria Award in Choreography. Born and raised in Los Angeles, began his formal training with Michelle Blossom at the Dance Connection. He continued his studies under the mentorship of Andrea Calomee and Karen McDonald at Hamilton High School before receiving a fellowship at the Ailey School, and a Master of Fine Arts in Choreography from Jacksonville University. His professional appearances include the popular sitcom “The Parkers”, the Emmy Awards, HopeBoykinDance, Radio City Christmas Spectacular, Lula Washington Dance Theater, The Philadelphia Dance Company (PHILADANCO), and Complexions Contemporary Ballet.

He has created works for BalletX, Dallas Black Dance Theatre, PHILADANCO, Verb Ballets, Ballet Memphis, The University of the Arts, and Boston Conservatory at Berklee, among others. He is currently working on commissions with Lula Washington Dance Theatre and Louisville Ballet. In 2006 Tommie founded his Philadelphia-based company, Waheed-Works.

He has received accolades and honors including the Dance/USA Philadelphia Rocky Award, Billy Penn: Who Next Arts, Howard Gilman Foundation Fellowship Winner, The Tribune’s 2017 Most Influential African Americans, 10 people Under 40, BalletX 2017 Ballet Choreographic Fellowship, Joffrey Ballet Winning Works 2019, Ballet Memphis New American Dance Residency 2019, and was selected nationally as an emerging leader by Dance/USA. Tommie is currently the Artist-in-Residence at PHILADANCO and on faculty at the University of the Arts.

PDP’s “Informances” launched very successfully in September 2020 going virtual via online Zoom. Informances are expanded conversations between artists and the audience about the content of their work, ideas, and inspiration. For the inquisitive dance audience member, Informances are a direct way to learn more about dance, styles, history, and artistic approaches through conversation.

Philadelphia Dance Project’s Informance
Tommie-Waheed Evans
Wednesday, October 14, 2020, at 7 PM
FREE or pay what you will.
RSVP for Zoom credentials to info@philadanceprojects.org