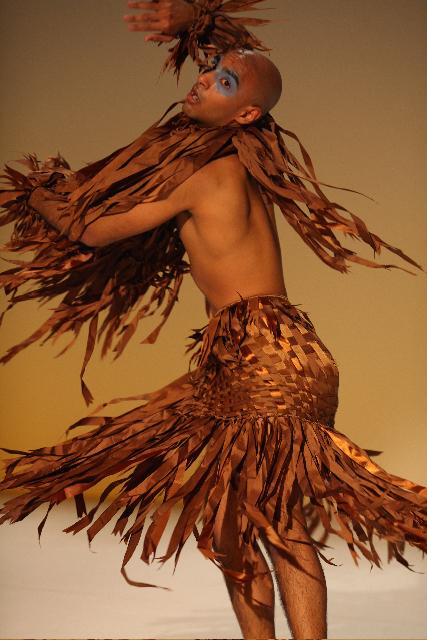 Christopher Williams has been called a “curious alchemist who naturally dissolves the boundaries between various art forms”.  His work dovetails rather than eclipses experimental dance with visual art, theater, puppetry, and live music. In an artist/audience conversation, he will illustrate how he uses historical literature, early and contemporary music, fantastical costuming, masks, and puppetry to create dance works which have been called “deliriously riveting” by John Rockwell of NY Times. A company dancer will be on hand to perform excerpts of William’s choreography. Williams says that although he experiences a peculiar nostalgia for former ages that pondered the existence of unknown loci, flora, fauna, and the supernatural, he believes that “a simple continuation of the innately beautiful human impulse to explain our existence on the planet can be followed by generating innovative contemporary performance works. It is his belief that choreographic work inclusive of a variety of creatively combined elements provides both a powerful sense of vital spectacle and ritual for audiences and offers a culturally essential place where the public imagination is encouraged to soar.”

As a puppeteer, Christopher has worked with the award-winning master puppeteer Basil Twist, both serving as the Ballet Captain for the puppets’ choreography as well as performing the title role in his version of the ballet Petrushka. In addition, he has toured with the award-winning work of Dan Hurlin, including Everyday Uses for Sight no. 3 and Hiroshima Maiden, and has also performed in the work of Erin K. Orr and Lake Simons. His own puppet works have been performed in the Late Night Cabaret of Jim Henson International Festival of Puppet Theater, at HERE Arts Center as part of the Puppet Parlor, at P.S. 122, through the Arts at St. Ann’s Puppet Lab, and at Dixon Place.

He has  collaboratied with many distinguished artists including Colombian visual artist Rosario López, composers Gregory Spears, Robert Een, Peter Kirn, David Griffin, and Ivan Jiménez, choreographer Kindra Windish, with members of The New York Consort of Viols, and with members of the internationally renowned vocal ensembles, Anonymous 4 and Lionheart.

He received a New York Dance & Performance “Bessie” Award in 2005 for his work Ursula and the 11,000 Virgins and an impromptu Ishmael Houston-Jones “Messie” Award in 2009 for his work The Golden Legend,which was listed among the 10 best dance performances of 2009 by Joan Acocella of The New Yorker magazine.  His various works have been shown both locally in many New York City venues including City Center, Danspace Project, Dance Theater Workshop, Dance New Amsterdam, Joyce SoHo, Symphony Space, Galapagos Art Space, BRIC Studio, HERE Arts Center, P.S. 122, La Mama Experimental Theater Club, One Arm Red, The John Ryan Theater, Brooklyn Arts Exchange, The Clemente Soto Vélez Cultural & Educational Center, Solar One, The Mulberry Street Theater, Judson Church, The Spiegeltent, nationally in Kalamazoo, Michigan, and internationally in the Casa del Teatro Nacional in Bogotá, Colombia. He has also been commissioned to set original choreography on dancers part of Island Moving Co. as well as on student dancers at Princeton University,  New York University′s Tisch School of the Arts, and Sarah Lawrence College.

Christopher is the recipient of grants from The Jim Henson Foundation, The Greenwall Foundation, The O′Donnell-Green Music and Dance Foundation, The American Music Center, and the 92nd Street “Y” through the Harkness Dance Foundation, and was a commissioned artist of Dream Music Puppetry through the Here Artist Residency Program. He has received a fellowship from The Foundation for Contemporary Arts, a Bessie Schönberg Memorial Endowed Fellowship for a residency at the Djerassi Resident Artists Program, and a fellowship from the Bogliasco Foundation for a residency at The Liguria Study Center for the Arts and Humanities in Bogliasco, Italy. He has also been an artist in residence at the Joyce SoHo, Dance New Amsterdam, The White Oak Plantation, Yaddo, The Yard, Bates Dance Festival, and through Movement Research. He currently serves on the Artist Advisory Board for Danspace Project and lives in Sunset Park, Brooklyn-