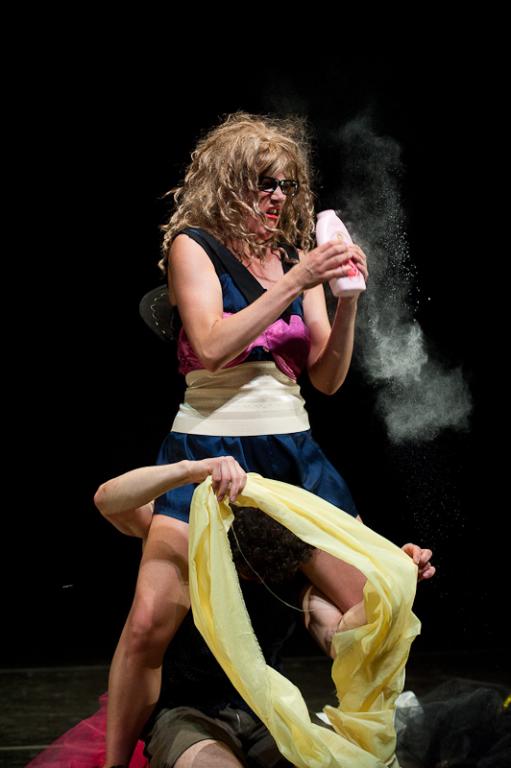 Faye Driscoll, originally from Venice Beach, CA, was hailed as “1 of 25 to watch out for in ‘08,” by Dance Magazine. Her second evening length work 837 Venice Boulevard was named “one of the top five dance shows of the year” by The New York Times and received a 2009 NY Dance and Performance “Bessie” Award.  In 2009 Driscoll’s dance video Loneliness was on display at the New Museum’s ‘Younger Than Jesus‘ Triennial Exhibit, featuring 25 international artists under the age of 33. In 2010 she made There Is So Much Mad In Me, commissioned by Dance Theater Workshop where it premiered, sold-out, and got brought back later in the season for a second run. Her newest work Not…Not is being commissioned by The Kitchen where it will premier in April 2012. Her work has also been presented by the Joyce Theater, Wexner Center for the Arts, Chicago Dancing Festival at MCA, American Dance Festival, Fusebox Festival, Dance New Amsterdam, and HERE Arts Center. Driscoll is a 2011 choreographic fellow at the Maggie Allesee National Center for Choreography and an Artist-In-Residence at Headlands Center for the Arts and will be an Artist-in-Residence at the Baryshnikov Arts Center in 2012.