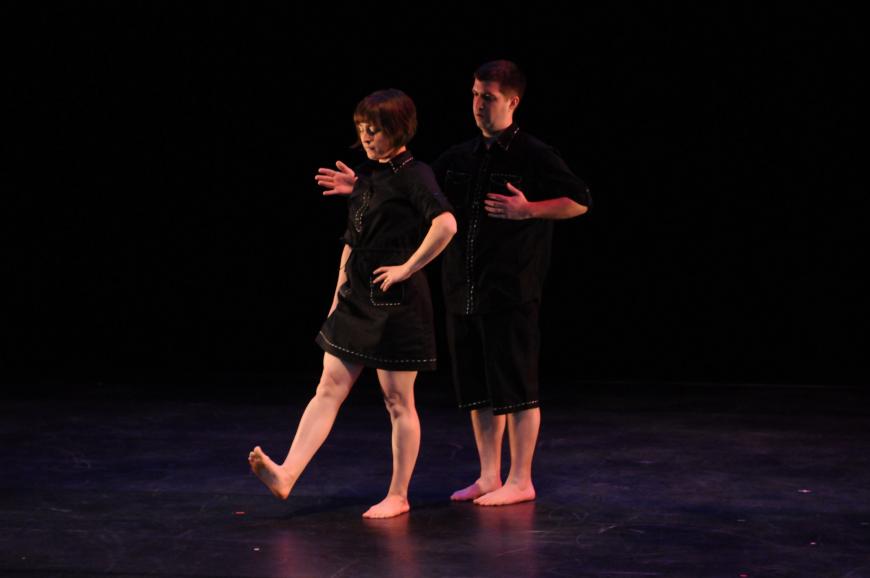 TheLocal Dance History Project offers an informative look at the development of contemporary dance in Philadelphia by showcasing the work of five dance and movement artists who were among the first to explore post modern, improvisation, and performance genres in the city during the late 1970s and early 80s. In 1980, dancers Dan Martin and Michael Biello, Jano Cohen, PDP’s Terry Fox, and Ishmael Houston-Jones were featured in Dance & Dancers, a sold-out presentation at the Harold Prince Theater at the Annenberg Center for Performing Arts. Now, in PDP Presents 2010, these five dancers will reunite to revisit and reconstruct their work, which will be performed by young Philadelphia dance artists. Next Up features work by some of the freshest emerging choreographers– Chris Yon and Otto Ramstad, visiting from Minneapolis.Both choreographers represent a younger generation of dance artists who are not only building on the canon of what comprises contemporary dance, but who are widening its definition by asking questions of why we dance, and what roles or purpose dance artists’ work has in the lives of others.

Next Up | Chris Yon | The Very Unlikeliness (I’m Going to KILL You!)
“In this duet, choreographer Chris Yon and dancer Taryn Griggs imagine and execute speculative systems with tendencies towards a schematic simultaneism, performing contrary actions alongside one another. The two will maul, mangle and make mincemeat out of these unglamorous actions. They will not tremble, drawing the threads of notions, the interlacing of opposites, zigzagging through a treacherous mixture of dream and deed. They will not be sentimental. (They will be very sentimental.)” – Chris Yon

The post-show discussion The Relevance of Yesterday to Today,moderated by Anna Drozdowski, Philadelphia-based dance writer and Curatorial Advisor for Next Up, will be held following the Saturday matinee programs on February 27 (Program I) and March 6 (Program II). The discussion will look at how the reconstructed works in the program relate to a younger generation of contemporary artists. The Local Dance History Project Forum will be held on February 28. The all-day event will feature a class with project artists, panel discussions, and presentations.

The Local Dance History Project is made possible by a grant from the Pew Center for Arts & Heritage through Dance Advance, with additional support from the PA Humanities Council’s “Our Stories, Our Future” initiative and the Dolfinger McMahon Foundation.

Dancer and choreographerJano Cohencreated dance works in what was considered a postmodern style in Philadelphia from 1975 to 1994.

She first took dance classes at the age of eighteen at Wolf Trap summer program at American University where she studied with Twyla Tharp, Paul Taylor, Eric Hawkins, and Murray Louis. From 1972 to 1974 at Bennington College she trained with teachers who had danced with Merce Cunningham and Jose Limon or who were alumnae of the Judson Theatre. She was one of five choreographic members of the Seminole Dance Coalition that produced performances together during that time. Cohen was later a member of ICE (Independent Choreographers Exchange). In 1981, she received her M.F.A. from Temple University. She taught dance for children for 11 years at Settlement Music School where she also created a dance program for disabled children as part of the Kardon Institute of Music for the Handicapped. She was twice a recipient of Choreographic Fellowships from the Pennsylvania Council on the Arts. She has created and performed for the Painted Bride Art Center, South Street Dance Company, Naked Feet Dance Company in Baltimore, and Two to Go Dance Company.- HideTerry Fox

Philadelphia Dance Projects Executive Director, Terry Fox is a former choreographer and dancer. As an artist, she was one of the first in Philadelphia to explore post modernism with improvisational structures in performance.

She often collaborated with choreographer and dancer Ishmael Houston Jones, and musicians Charles Cohen and Jeff Cain. Fox studied Horton Technique and performed with Joan Kerr Dance Co., the Clark Center with James Truitte, the New Dance Group Studio with Judith Dunn, and attended ADF in 1968 and 1969, where she studied repertory with Alvin Ailey and performed Trio A and other works with Yvonne Rainer in her Continuous Projects Altered Daily. In Philadelphia, she has performed with Group Motion Dance Company, 1970-1972. In 1975, she and a number other dancers and musicians opened a studio at 217 Church Street in Old City to rehearse, create work and teach classes and workshops. Her signature choreographic work of improvised structures for dance and music was seen at local venues including the Painted Bride, Etage, Harold Prince Theater, and Conwell Theater as well as outdoor sites in public parks and Old City alleyways. She was presented further afield at PS 122 in NYC, WPA in DC and TanzFabrik in West Berlin. Her work received support from the PA Arts Council, The National Endowment for the Arts and Yellow Springs Arts Fellowships among others. Fox has a BA from New York University (1983). She participated in the Whitney Museum of American Art, Independent Study Program (1984), and traveled and studied in India in 1978.- HideChris Yon

Chris Yon is a Minneapolis-based choreographer, originally from Los Angeles where he studied with Rudy Perez. His work has been presented in New York City by Dance Theatre Workshop, Symphony Space, Danspace Project and PS 122, among others.

Yon has been commissioned by Irish Modern Dance Theater and performed abroad in Ireland, France and Canada.  He is a 2005 recipient of a “Bessie” New York Dance and Performance Award. Together, Yon and Taryn Griggs have presented their programs at Bryant Lake Bowl, Walker Art Center, DanceTheatre Workshop, La Mama E.T.C., and PS 122, among other venues nationally.