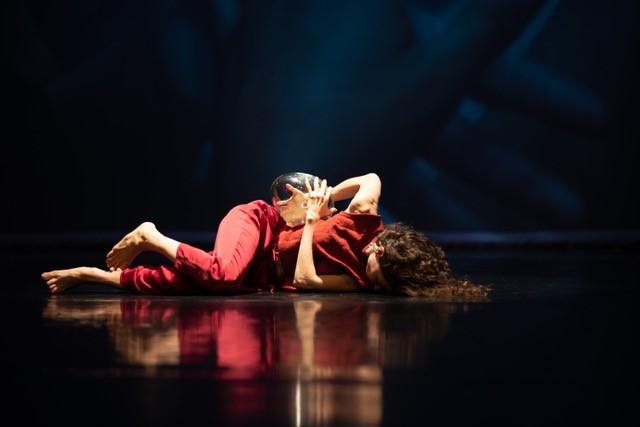 Megan Mazarick, choreographer, teacher, performer, collaborator and curator, creates work that is humorous, serious, theatrical, and personal, often including a stop motion physicality and a love of fantasy.  Mazarick. along with other work, will perform her knock-out solo, “Boundaries”  a series of dance theater sketches and movement vignettes with more overtly political subject matter, which she created during a PDP BILATERAL: Budapest/Philadelphia Dance Artist Exchange in 2017.

Her choreography has been presented in Philadelphia at Live Arts Festival, nEW Festival, Philadelphia Dance Projects, and PARD, and in New York City at Movement Research at Judson Church, Triskelion Arts, and Dance New Amsterdam.  She has toured throughout the USA as part of various dance festivals and events, and internationally at Budapest’s Trafo Theatre, Bulgaria’s BlackBox Theater and Dance Festival, Singapore Fringe Festival, Zielony Jazdow Festival in Warsaw, and By Change Festival in Cairo.

Marion Ramirez, for over 15 years has been immersed in the practice of Kinetic Awareness and Body-Mind Centering®.  Her work uses dance as a vehicle to inhabit the body’s sense of agency, to empower self-knowledge, to approach cultural exchange, to resist violence and to engage respectfully with the world.   She will present solo and duet excerpts from “kNots and Nests,” recently commissioned by Temple University’s Boyer College of Music & Dance. She has worked as a performer, choreographer and educator in Puerto Rico, Cuba, London and New York.