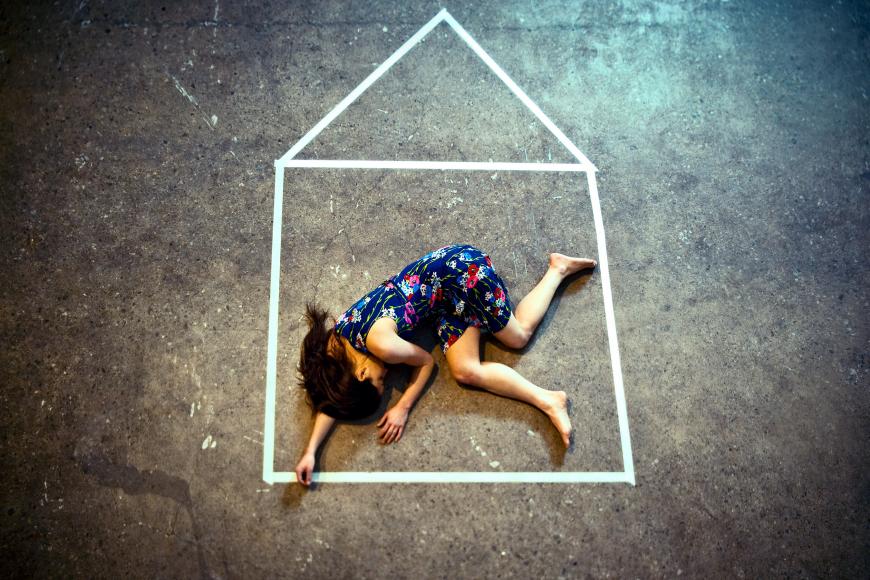 Philadelphia Dance Projects continues to present exciting contemporary dance work through its partnership with the SCUBA Touring Network, where emerging to mid-career dance artists begin to tour nationally – and this year for the first time audiences will have the chance to see artists’ work from all four partner cities.

Local bright light, Nichole Canuso, founder/artistic director of the Nichole Canuso Dance Co. will perform “Solo,” a new work she is developing and refining to create a “composite view of a life.” This work has been influenced by a year-long mentorship with British movement/theater artist Wendy Houstoun.

Super Group, Erin Search-Wells, Sam Johnson, and Jeffrey Wells from Minneapolis will perform “The Tent Has Been Pulled Down.” The trio builds movement and text together, exploring and accumulating the impulsive energy of the “mess contradictions of our complicated lives.”

”[This] collaborative, interdisciplinary ensemble has been delighting and wowing audiences with super-imaginative explorations that blur the boundaries of dance, theater, and performance art.” – Citypages

Jose Navarrete and Debby Kajiyama are the co-directors of Kajiyama Dance Theater in San Francisco. Navarrete returns to SCUBA (in 2008 he performed his poignant and memorable “Huitlacoche”), and for this round of SCUBA, he and Kajiyama will perform “BAILOUT! Or can you picture this prophecy? The temperature is too hot for me” a suite of dances that respond to our earth’s upheavals as the climate changes.

SCUBA is made possible by the National Endowment for the Arts and PDP’s partner in presenting the Temple University Boyer College of Music & Dance Conwell Theater.

In 2012, Navarrete and Kajiyama  travelled to North Japan as volunteers for the clean up efforts in Tohoku, which was extremely damaged by the tsunami. After Tohoku, they were invited to Fukushima by friends whose town was effected by the tsunami and the nuclear reactor melt down. They documented that experience in the exclusion zone of Fukushima and saw with their own eyes the insurmountable environmental disaster. In this special presentation with photos and videos, the artists will talk about the environmental disaster in Japan and how artists have been responding to this event. Location: Conwell Dance Theater1801 North Broad Street NE Corner of Broad St & Montgomery Ave on Temple CampusPhiladelphia, PA 19122Phone: (215) 546-2552See map: Google Maps