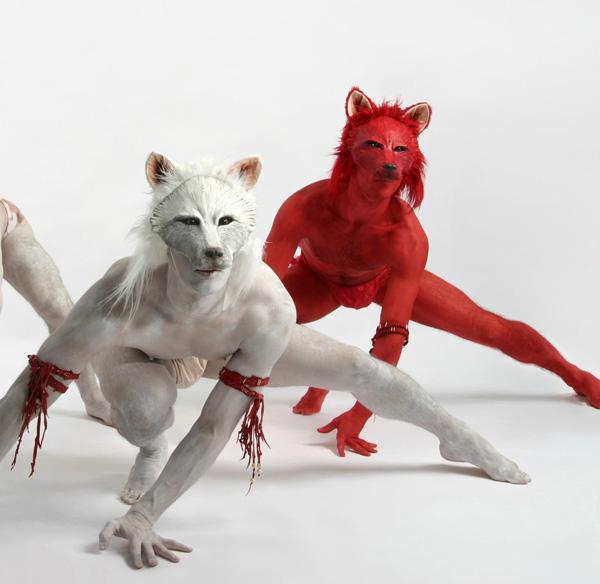 WOLF-IN-SKINS   excerpts from the dance opera

Philadelphia Dance Projects in partnership with American Opera Projects will present an “Informance” with Choreographer, Christopher Williams and Composer, Gregory Spears as the culmination of a creative artist residency to further develop their original dance opera, WOLF-IN-SKINS.

An “Informance” is a work-in-progress showing, where the artists are in conversation with the audience about the content of the work, their ideas and inspiration.  Dancers, singers and musicians will perform sections from the work.

Wolves, hounds, fay milkmaids and other mythical characters fill this dance opera that draws inspiration from a cycle of Welsh romance tales that preserve pre-Celtic and pre-Christian elements. It views marginalized or outmoded cultural relics, celebrating the “otherness” inherent in early Welsh literature, through a contemporary lens.

Gregory Spears writes instrumental and vocal music that blends together stylistic aspects of romanticism, minimalism and early music. The Chicago Tribune hailed the music of Spears’ “Fellow Travelers” (premiered in 2016) as one of the “most accomplished new American operas in recent years …his setting of words to music is masterly.”

“Operatic elements tell the story while dance explores the dreaminess of the mythology…it’s a visual feast.”  – Merilyn Jackson, Philadelphia Inquirer

If you were one of the lucky audience to see the Philadelphia Dance Projects’ sold out performances of Wolf-In-Skins, Act 1 in 2013 you know how exciting this work is!
A PDP special residency will begin in 2017 and culminate with a script in hand presentation in the Fall when some of those marvelous singers, wolves and hounds, along with new puppets will return.
PDP has received a grant from the National Endowment for the Arts for a creative residency with choreographer, Christopher Williams and composer Gregory Spears to work towards finishing this wonderful dance opera.