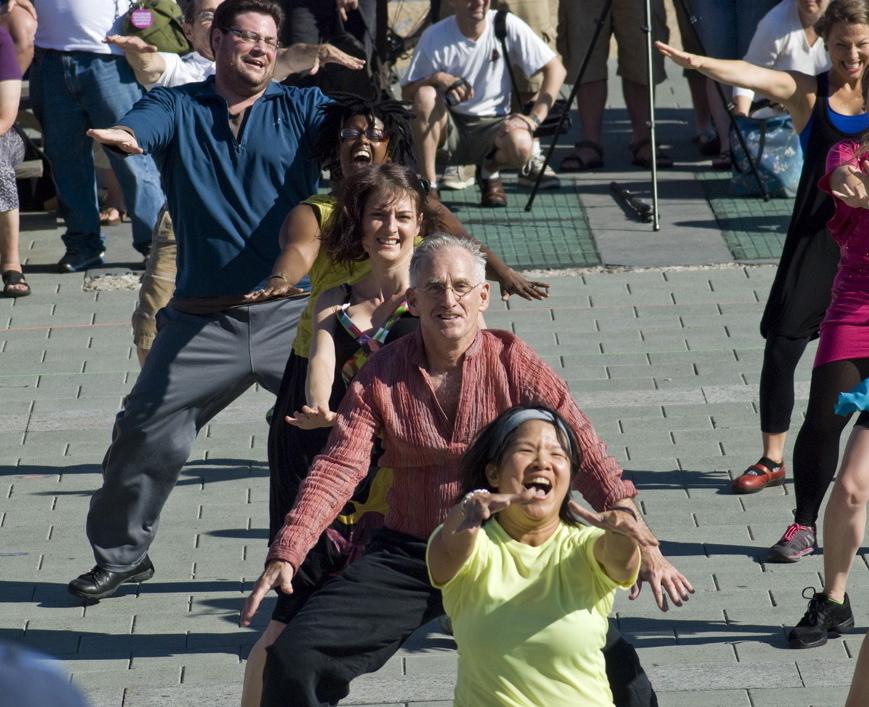 Unable to attend but want to contribute…

*Philadelphia Dance Projects (PDP) is registered with the Pennsylvania Charitable Bureau and is an IRS 501C3 Non-Profit tax exempt organization and as such your contribution is tax deductible to the extent allowed by law.

GUEST OF HONOR Jonathan Stein
A lawyer by day as General Counsel for Community Legal Services, Jonathan Stein has championed the rights and well-being of broad numbers of low income people by class action suits and law reform advocacy, including arguing cases before the United States Supreme Court. In off time, he also has been a supporter of the arts, with a particular dedication to dance.  Since the 1970s he has studied modern dance and contact improvisation with inspiring teachers including Alice Forner, Madeline Cantor, Susan Deutsch, Leah Stein, Steve Krieckhaus, Eric Schoefer, Karen Carlson, and David Brick. He began performing in 1989 and since then has appeared in sixteen performances in the works of Asimina Chremos, Stephen Koplowitz, Leah Stein, Megan Mazarick, in Headlong Dance Theater’s Cell in the 2006 Live Arts Festival, in the 2007 International Festival of Arts and Ideas in New Haven, in Jerome Bel’s The Show Must Go On at the Live Arts Festival in 2008 at the Kimmel Center, and in Le Grand Continental at Live Art in 2012. He is a dance and theater writer for the BroadStreet Review and thINKing Dance. He is a tireless audience-goer and advocate in our dance community! As a long-standing Board Member of Philadelphia Dance Projects, we are delighted to honor Jonathan Stein. Please join us in showing our appreciation.Location: PhillyCAM699 Ranstead Street on 7th btwn Market & Chestnut Sts.Philadelphia, PAPhone: 215.546.2552See map: Google Maps